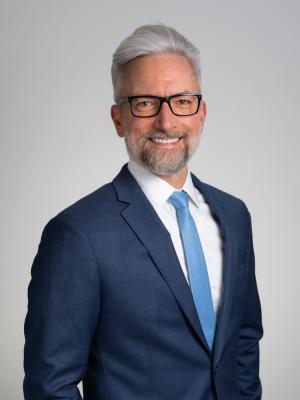 Before joining CLC, Kevin represented the executive branch as a trial attorney in the Federal Programs Branch of the U.S. Department of Justice. Kevin also served for nearly a decade in several capacities as an attorney at the Federal Election Commission (FEC), including as an acting assistant general counsel for litigation and as senior counsel to FEC Commissioner Ellen L. Weintraub. As an FEC litigator, Kevin’s cases included a successful civil prosecution of a former U.S. senator for spending campaign funds on personal expenses in FEC v. Craig for U.S. Senate, and successful defenses of the constitutionality of various federal campaign contribution limits in Libertarian National Committee v. FEC and Stop REID v. FEC. In addition to his work at CLC, Kevin is an adjunct professor at Georgetown Law, where he teaches constitutional law.

Kevin graduated valedictorian from Seton Hall University School of Law (J.D., 2005), where he was editor-in-chief of the Seton Hall Law Review. He clerked for the Honorable Maryanne Trump Barry of the U.S. Court of Appeals for the Third Circuit, and the Honorable John C. Lifland of the U.S. District Court for the District of New Jersey. He is admitted to practice law in the District of Columbia, the State of New York, the U.S. Supreme Court, the U.S. Courts of Appeals for the D.C. Circuit and Fourth Circuit, and the U.S. District Courts for the District of Columbia and the Southern and Eastern Districts of New York.

Filter by
Displaying 1 - 5 of 5 Results
Voting and Elections

What Voters Need to Know About the Independent State Legislature Theory