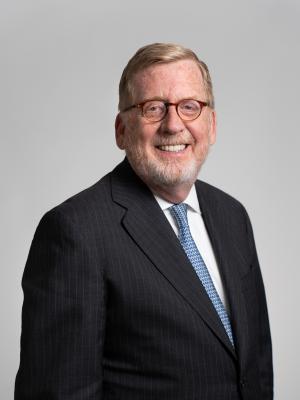 Paul has more than three decades of experience litigating a wide range of cases. He has argued before the U.S. Supreme Court 21 times and secured numerous victories, including in important cases advancing civil liberties. Two examples are Lawrence v. Texas, the landmark gay rights case, and Brown v. Entertainment Merchants Ass’n, which established First Amendment rights of those who produce and sell video games.

Paul has been honored nationally by a variety of publications and organizations. He has been named by Chambers USA as one of the country’s leading lawyers in appellate litigation, media and entertainment law and First Amendment litigation for multiple years.  In 2010, Washingtonian magazine recognized him as one of "Washington's Top Lawyers,” Washington DC Super Lawyer named him one of the “Top 10 Lawyers in D.C.” and The National Law Journal named him one of the "Decade's Most Influential Lawyers.”  Best Lawyers named him the Washington D.C. First Amendment Lawyer of the Year for 2012. Paul was awarded the Thurgood Marshall Award by the American Bar Association Section of Individual Rights and Responsibilities for his work promoting civil rights and civil liberties.   Paul previously served as a partner in the law firm of Jenner & Block, where he was chair of the firm's Appellate and Supreme Court Practice and co-chair of the firm's Election Law and Redistricting Practice.

In addition to Paul’s work at CLC, he teaches as a Professor from Practice at Georgetown University Law Center.