A super PAC forms. A megadonor writes a check for a few million dollars. The super PAC starts spending heavily in support of one candidate. The candidate publicly expresses his or her thanks to the super PAC donor.

So far in this election cycle, scenarios like this one, and close variations of it, have surfaced again and again. But these aren’t just coincidences — they’re forming a trend. The most common starting point? Two particular donors: Richard Uihlein and Robert Mercer.

Robert Mercer by now is a well-known megadonor — and, famously, the owner of Cambridge Analytica. And Uihlein has only recently started gaining more attention; as POLITICO reported in its recent profile, he’s “one of the most influential, but still little-known, political donors in the country.” He is significantly ramping up his activity this cycle—in fact, he recently has been leading the field of big donors. 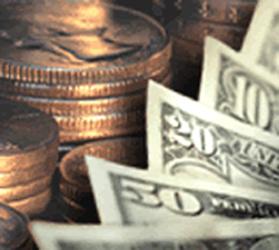 Both separately and jointly this cycle, Mercer and Uihlein have been major forces behind at least nine super PACs that appear to be primarily focusing their spending on single races. When one or two donors fund super PACs that support just one candidate, the donor-to-candidate line virtually draws itself. Any candidate who is elected with the backing of a small number of ultra-wealthy individuals will inevitably feel a degree of accountability to them; will those officials ever vote against the interests of the handful of megadonors who were instrumental in getting them elected?

So far in 2018, KELLIPAC has reported only a single additional donation: $500,000 from Andrew Beal, another megadonor, whom Ward herself explicitly thanked in a statement on her campaign website in which she said she was “honored to have his support.”

And then there’s the network of Uihlein-funded super PACs active in Wisconsin.

Solutions for Wisconsin, a year-old super PAC supporting U.S. Senate candidate Kevin Nicholson, has seen 100 percent of its $3.5 million contributions come from Uihlein. The PAC’s independent expenditures have only supported Nicholson. The PAC has also passed on large sums to other super PACs that are highly active in the Wisconsin Senate race—  mainly, Americas PAC and Restoration PAC, each of which received two $750,000 transfers from Solutions for Wisconsin on the same days last year, on top of millions directly from Uihlein himself. These two PACs have together spent over $6 million in the Wisconsin Senate race, and lesser amounts in a handful of other races.

Another super PAC supporting Kevin Nicholson was until recently the John Bolton Super PAC, which now claims to have suspended its operations. But not before it first took in $1 million from Mercer and $850,000 from Uihlein and paid Cambridge Analytica more than $1 million since 2014. It still has almost $3 million in cash on hand. Although this PAC has a slightly wider donor base than some of the other Mercer- and Uihlein-funded PACs, the two have still provided almost half of the PAC’s funding in the 2017-18 cycle, and the PAC has only supported Nicholson this cycle. As recently as March 19th, the same week Trump announced Bolton as the new National Security Advisor, John Bolton Super PAC spent $278,710 on pro-Nicholson media buys.

These are far from the only examples.

There’s also Massachusetts First, whose sole stated purpose is opposing Elizabeth Warren. $150,000 of its $205,903 in contributions so far this cycle have been from Mercer.

There’s Stand Firm America, which is reportedly supporting Marsha Blackburn in the Tennessee Senate race. 94% of its half million in contributions this cycle have come from Uihlein. And there’s CFG Action Missouri, which appears to be revving up to support McCaskill-challenger Joshua David Hawley. That PAC’s main contributor has been Uihlein — to the tune of $2 million (95% of the PAC’s funding).

There’s plenty of big money activity on the Democratic side, too. Tom Steyer, for example, had already spent $15.7 million by the end of February — and that’s on top of his impeachment campaign, to which Steyer appears to have pledged as much as $40 million. Almost all of his $15.7 million has gone through his NextGen Climate Action super PAC, which has spent some of the funds in support of federal and state candidates (most notably, spending $765,000 driving turnout for Virginia gubernatorial candidate Ralph Northam) and made some contributions to other committees, like $1.5 million to the For Our Future super PAC and $1.5 million to the state-level political outfit State Victory Action. (NextGen might also be laying the groundwork for his future presidential run.) So far, however, Steyer hasn’t spread his funds through an array of single-candidate, single-donor super PACs, and is not the dominant funder in any particular race.

If these trends continue, they could have serious implications for our democracy. How many potential candidates never put their hat into the ring because they didn't have their own billionaire backer?

If lining up the support of billionaires is a necessary precondition to candidacy, then our political system will continue tilting toward the interests of a handful of megadonors.