One Year After Historic Amendment 4: Can Floridians With Past Felony Convictions Exercise Their Right to Vote?

It is Jan. 8, 2020. One year ago today, Amendment 4 was implemented in Florida, a transformative legal change that elevated a class of citizens with felony convictions and promised to restore voting rights to approximately 1.5 million people through a new provision in the state constitution. This was made possible because of a vote that took place in November 2018; Florida voters supported a ballot initiative restoring the right to vote to individuals with past felony convictions, passing it by an almost two-thirds margin. Floridians rejoiced when the results became final.

A lot can change in a year.

Because of a cynical attempt by the Florida Legislature to roll back a historic reform passed by Florida’s voters, people with felony convictions have gained and lost their voting rights multiple times over the past year, experiencing an emotional roller coaster marked by elation, letdown and confusion.

The ratification of the 24th Amendment to the U.S. Constitution spelled it out in 1964: poll taxes cannot be used to bar eligible citizens from registering and voting. Nobody expected poll taxes to return. However, for a large group of Floridians facing financial hardship, their recent experience with voting rights – a fundamental right – has been anything but dependable over the past year. 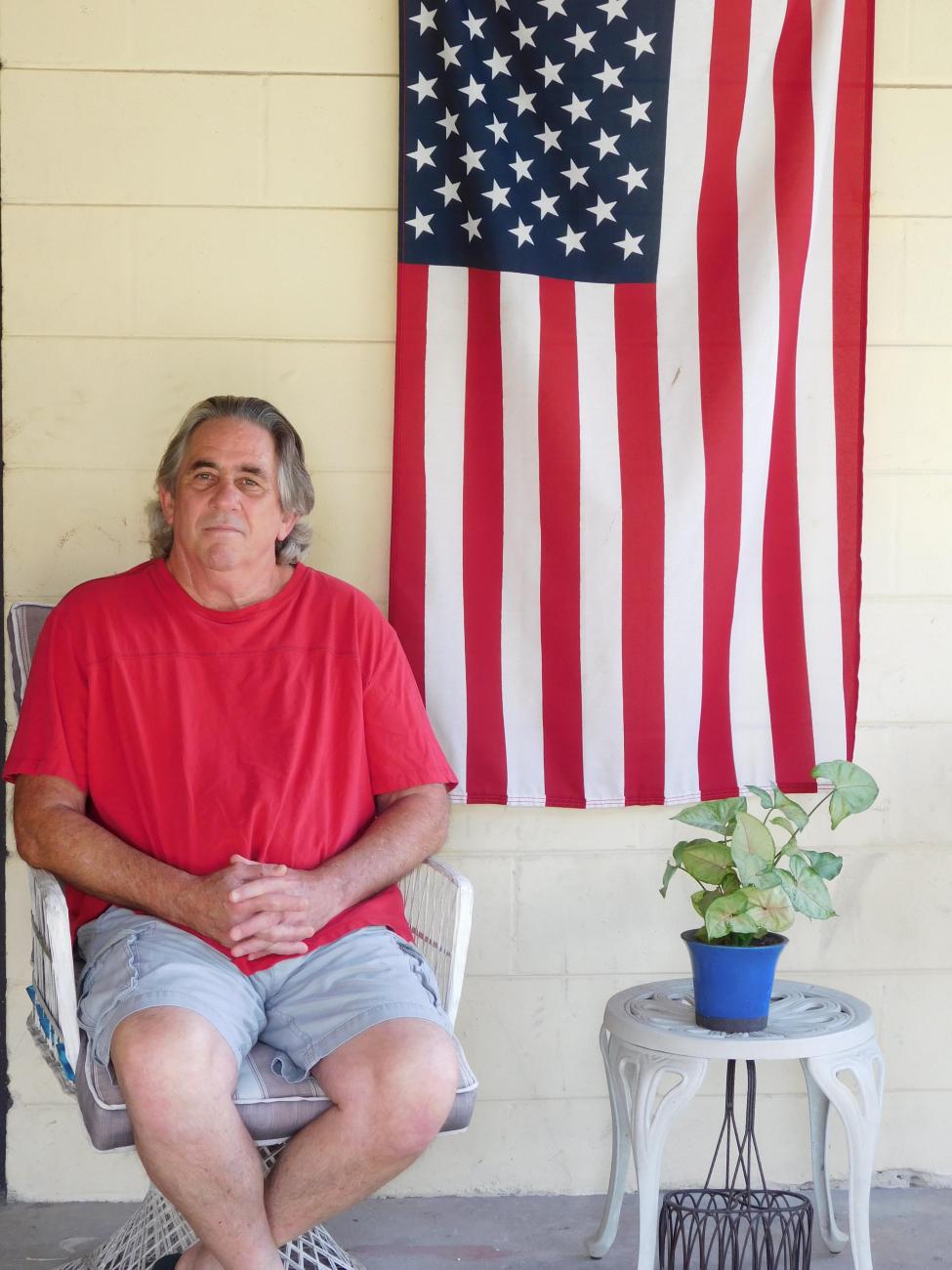 Lee Hoffman, a military veteran from Plant City (right), cried when he found out the news. His happiness stemmed from being one of many people who believed that Amendment 4 represented a shift in the way people like him – the formerly incarcerated – viewed themselves in society. Voting, for Lee, was about reclaiming his freedom after being behind bars. He was looking forward to voting as “a matter of pride.”

In response to Amendment 4, however, the state legislature moved to pass a law requiring the payment of restitution, fines, and fees (also known as “legal financial obligations” or “LFOs”) as a condition of voting rights restoration. Specifically, the law requires the payment of all LFOs ordered by the court “as a part of the sentence.” University of Florida political scientist Dan Smith found that 82% of the 1.5 million whose voting rights were restored by Amendment 4 would be disenfranchised once again because they still owe the state money. Also, black Floridians are two times more likely to be in this group than white Floridians.

Bonnie Raysor of Boynton Beach (below), who owed about $4,000 in fines and fees and is currently on a payment plan, said when it passed: “it’s a poll tax plain and simple.” She said that if the bill ultimately became law, she wouldn’t be able to vote for 12 more years – unless she wins the lottery – due to the limitations of her minimum wage job. 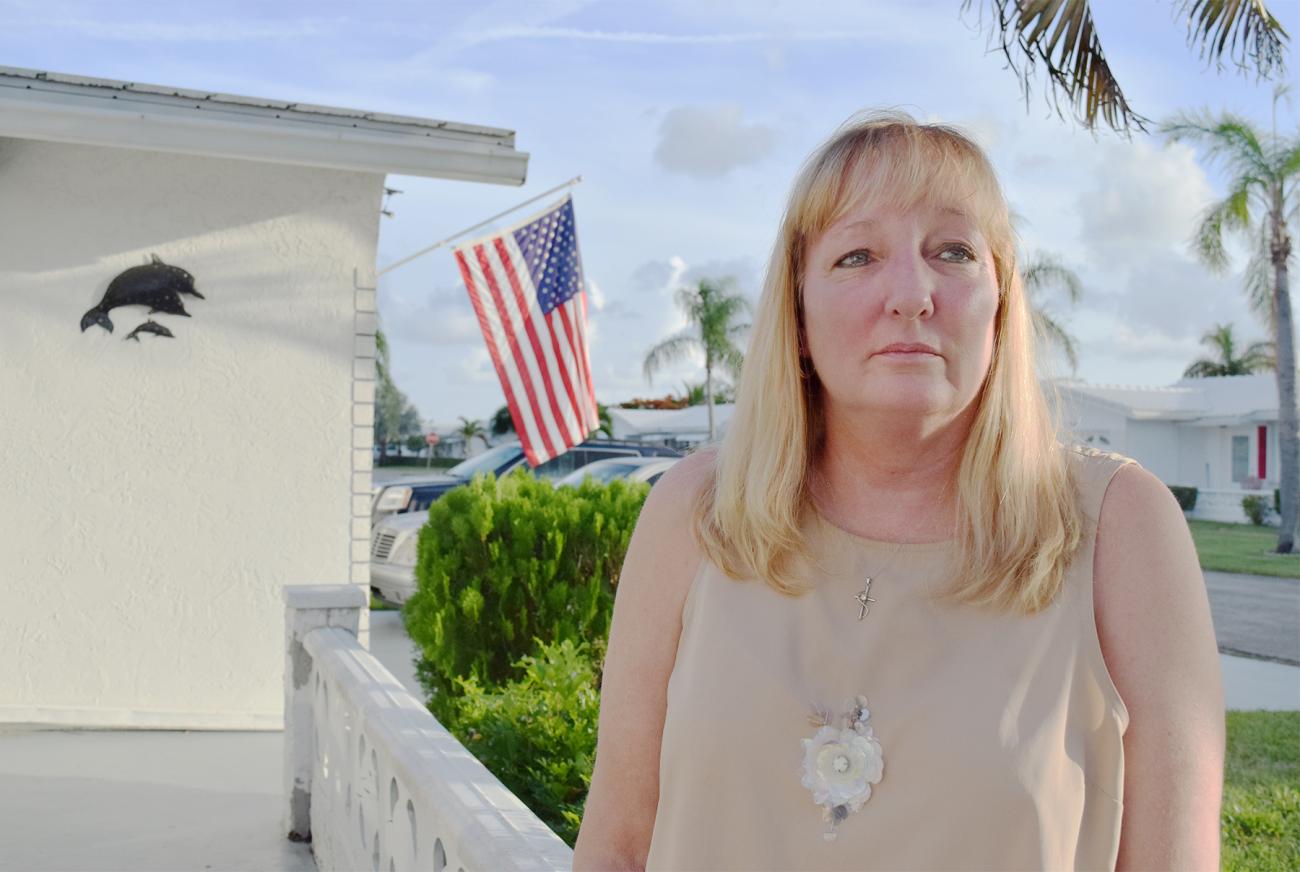 Despite the warnings from Floridians across the state, the law was passed and signed into law by Governor Ron DeSantis in June 2019. Lee said he felt like he had a rug ripped from under his feet. Due to the many constitutional concerns that the new law raised, nonprofits including Campaign Legal Center (CLC) and partners filed a lawsuit challenging the statute the same day. Lee and Bonnie are both current plaintiffs in the lawsuit, as is Diane Sherrill of St. Petersburg.

In October 2019, a federal judge ruled in a landmark decision that being poor can’t stop Floridians from being able to vote. Once more, Lee, Bonnie and Diane were able to breathe a sigh of relief knowing their rights had been restored.

However, the order was limited because it applied only to the individual plaintiffs in the case. So what about the hundreds of thousands of other Floridians that are otherwise eligible to vote, but have outstanding legal debt they cannot pay?

CLC is putting pressure on Florida’s secretary of state and governor to follow through on their promise to comply with the court’s order. The state must work quickly to put in place a uniform and straightforward procedure by which an individual may register and vote if they are otherwise qualified but are dealing with financial hardship that makes it impossible for them to pay off their outstanding LFOs before the next election. In the courtroom, CLC is also requesting that the relief given to our clients by the court in October be extended to the entire class of citizens that are similarly facing wealth-based discrimination.

Hundreds of thousands of people’s rights hang in the balance.

In just a few weeks, on Jan. 28, 2020, CLC and partners will give oral arguments in an appeals court in Atlanta, Ga. Meanwhile, the clock is ticking. Florida’s presidential primary registration deadline is February 18 and Election Day is fast approaching on March 17.

Florida citizens deserve more than the confusing and discouraging messages they are receiving from the state about whether their voice matters. 2020 is a new year. Florida has the chance to end this emotional rollercoaster ride for so many citizens by joining the growing list of states that automatically restore voting rights to citizens who have served their time.

If you have a felony conviction and are unsure of your voting rights eligibility, please visit RestoreYourVote.org, CLC’s free public education tool.

Why the U.S. Needs Equitable Access to In-Person Voting