On her way out of office, Congresswoman Ileana Ros-Lehtinen appears to have used campaign funds for a family trip to Disney and for thousands of dollars of expenditures at luxury hotels in New York and Miami.

Campaign Legal Center (CLC) has asked the Federal Election Commission (FEC) to investigate this apparent violation of the ban on the personal use of campaign funds. Florida Politics reported on the complaint, highlighting the challenges of having proper campaign finance law enforcement when the FEC has no voting quorum.

Rep. Ros-Lehtinen announced that she would not seek re-election in early 2017. Then, in late October of 2017, her campaign committee converted to a multicandidate PAC, transferred its remaining $177,445 to Ros-Lehtinen’s leadership PAC, IRL PAC, and terminated.

Shortly after the transfer, IRL PAC spent thousands of dollars at Disney for “park event tickets,” “lodging,” and “meals;” that same week, the Congresswoman’s social media showed a photo of her and her family at Disney World, Noah Pransky at Florida Politics reported. 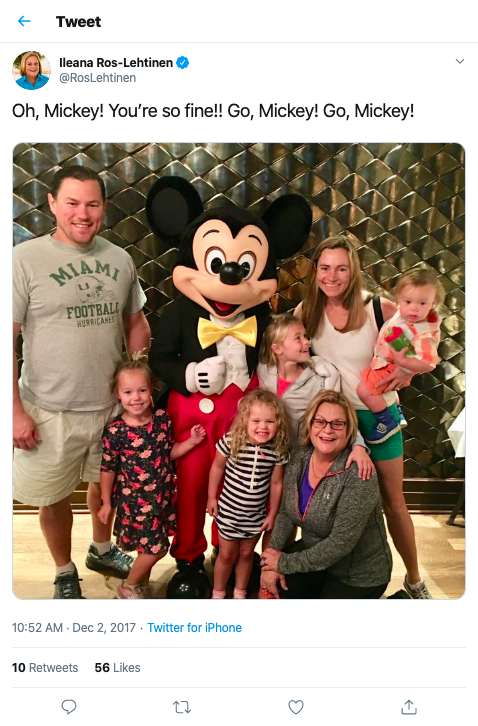 During Ros-Lehtinen’s final year in office, she used campaign funds to spend over $20,000 at the W Hotel South Beach, and over $10,000 at the Lotte Hotel in New York, among other expenses.

These expenditures have no apparent connection to campaign activity – Ros-Lehtinen was not running for reelection – nor are they costs associated with fundraising to support other candidates, since IRL PAC raised comparatively little in contributions during this period.

Campaign contributions are supposed to be used to support a candidate’s run for office, not to subsidize a family trip and high-end travel.

If officeholders use donor dollars to subsidize expensive vacations, then campaign contributions pose a much greater risk of corruption.

In order to send a signal to other officeholders that campaign accounts cannot be used as personal slush funds, the FEC should hold Ros-Lehtinen accountable for misusing her campaign funds.