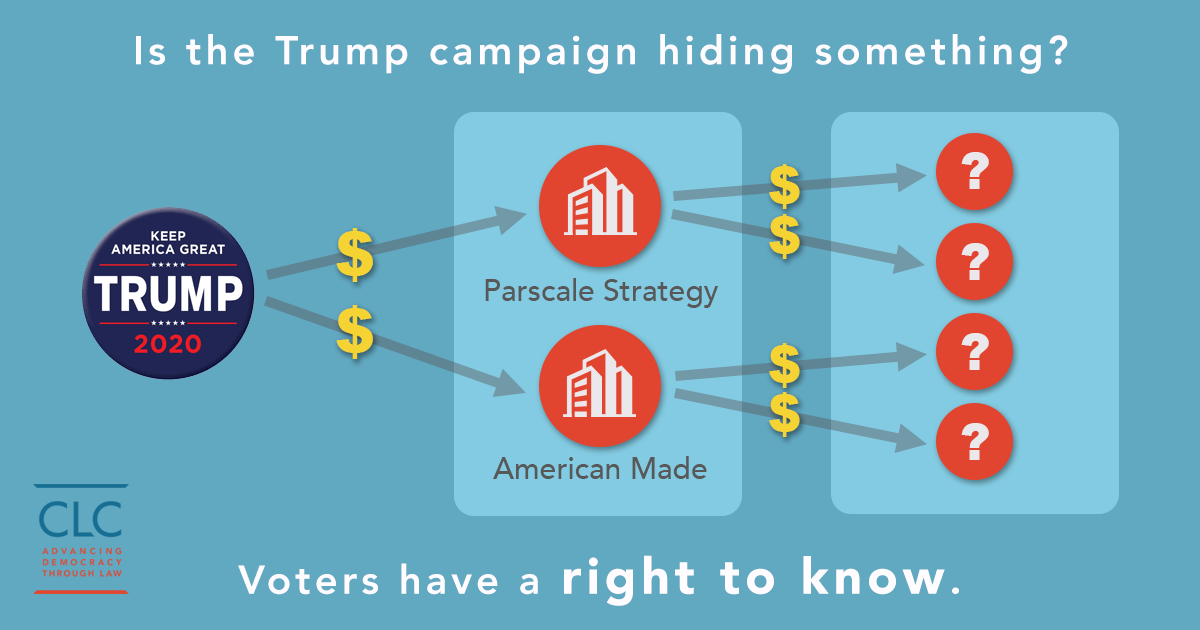 This scheme flies in the face of transparency requirements mandated by federal law, and it leaves voters and donors in the dark about where the campaign’s funds are actually going.

This secrecy could also disguise other campaign finance violations, but we don’t know, because the campaign isn’t disclosing these routed payments. CLC has asked the FEC—the only federal agency dedicated to enforcing our laws governing presidential campaigns—to take action.

This illegal conduit scheme leaves voters in the dark about the entities working for the Trump campaign, the nature of their services, and the full amount they are paid. We don’t know all of what is being hidden by this scheme, but we do know that it violates the law.

Voters have a right know how campaigns are spending money to influence elections.