AFA placed its ads supporting these candidates using the same cluster of consulting firms—and in some cases, the same person--as used by the three campaigns to place their own ads.

This coordinated ad placement strategy allowed the supposedly independent AFA to illegally synchronize its ad buys with those campaigns, and is strikingly similar to the common vendor coordination scheme used by the NRA in recent election cycles.

The FEC regulates the use of common vendors for media placement because the targeting of political ads is a critical element of a campaign effort.

If a super PAC knows when the campaigns it is supporting are running ads, it can strategically time and target its ads to complement the campaigns’ own efforts. That makes the super PAC's ads anything but “independent.” 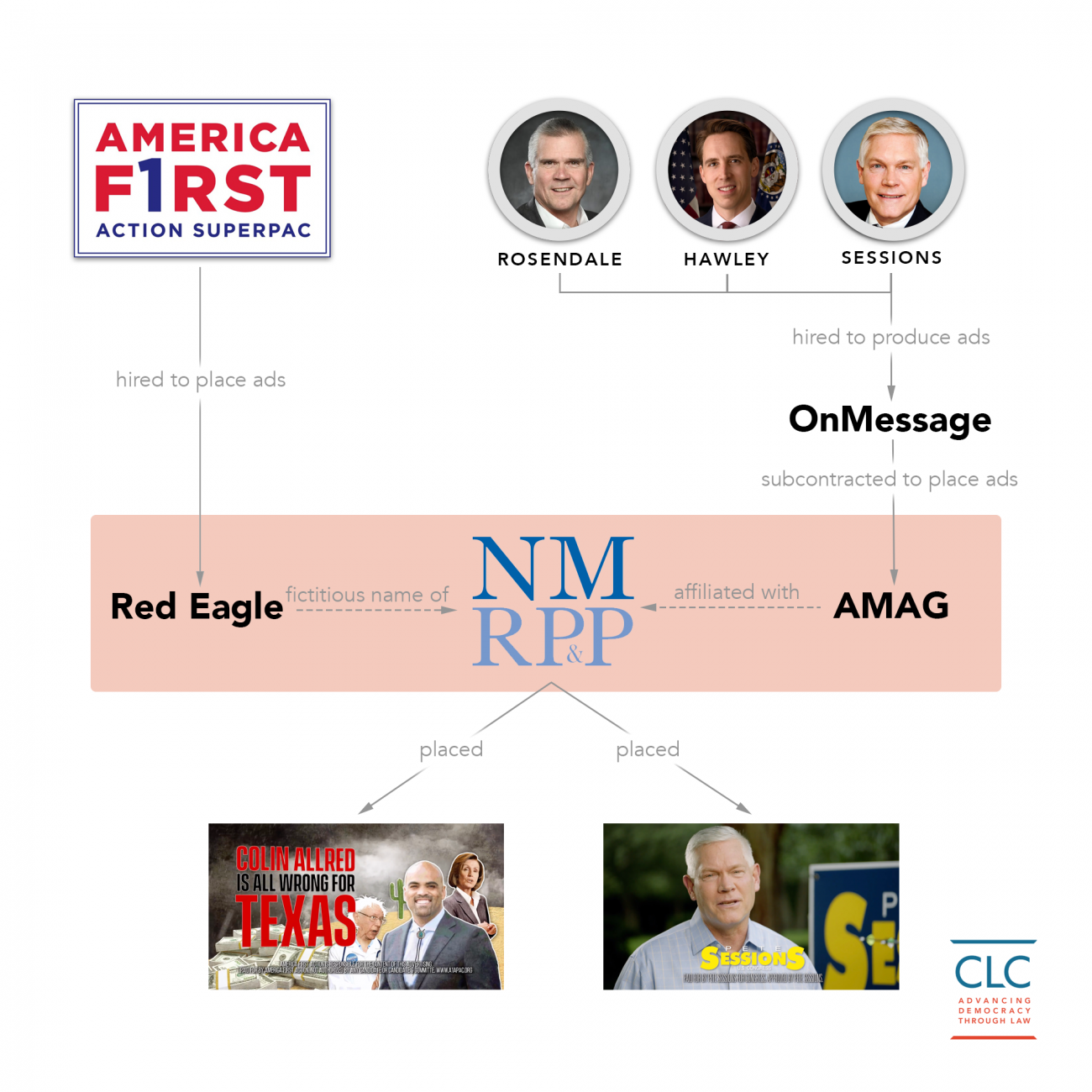 In each of the races in which CLC is alleging improper coordination, Federal Communications Commission records show repeated instances of the same high-ranking National Media employee placing ads on behalf of both AFA and the candidates that the super PAC was supporting, and on the same TV stations.

In some cases, the same National Media employee placed ads on behalf of both AFA and the campaigns on the same station and at the same time.

AFA’s illegal coordination in support of Rep. Pete Sessions’ campaign is notable in light of the growing Ukraine scandal.

CLC has documented how Sessions met personally in May of 2018 with two Rudy Giuliani associates, Lev Parnas and Igor Fruman, during the same period they were illegally routing $325,000 to AFA.

After that meeting, Sessions sent a letter urging the removal of the U.S. ambassador to Ukraine. AFA would go on to spend millions in Sessions’ 2018 race, some of it illegally coordinated.

Parnas and Fruman have been indicted for that illegal AFA contribution, and the steps leading up to the ambassador’s removal have become a focus of the impeachment inquiry in the U.S. House.

This post was written by Sheely Edwards, a 2019 CLC Hinckley intern, and student at the University of Utah.

Who Is Already Testing the Waters for 2024?