As super PACs and candidates continue to push the legal envelope, CLC continues to raise the flag, filing complaints against those that violate the law and demanding that the Federal Election Commission (FEC) take action. The most recent complaint alleges the super PAC Remember Mississippi illegally made contributions to Mississippi U.S. Senate candidate Chris McDaniel.

According to the Clarion Ledger McDaniel called the complaint completely bogus and went so far as to accuse CLC of being part of a dirty trick by the establishment in support of his opponent. 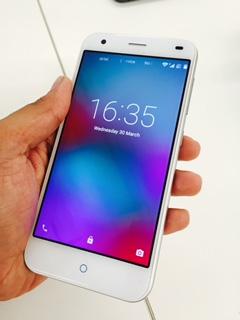 “When your candidate is in third place and President Trump opposes your candidate, you file an FEC Complaint,” the publication quoted McDaniel. Additional outlets quoted a text from McDaniel calling the complaint “... more fake news from the D.C. swamp."

As an adamantly nonpartisan organization CLC is focused on holding candidates and government officials accountable regardless of political affiliation. When we see a violation we file a complaint. For example, earlier this month, CLC filed a complaint against the Democratic super PAC Highway 31, which spent millions in Alabama’s Senate race. When the FEC refuses to act, as they often do, we take them to court. But one part of McDaniel’s claim is true — the D.C. swamp is all over his race. The super PAC making contributions to his campaigns is funded by national GOP megadonors Robert Mercer and Richard Uihlein.

McDaniel’s campaign and Remember Mississippi are only one of the most recent brazen examples of the campaign and super PAC violations of the law. As Brendan Fischer, director, federal and FEC reform at CLC previously stated, “Thanks to the FEC’s ineffective enforcement of the law, super PACs and campaigns have increasingly found ways to work closely with one another. If it wants candidates to take campaign laws seriously, the FEC must investigate and punish violators for wrongdoing.”

Read more about our nonpartisan record as a government watchdog