Today, it’s expected that President-elect Donald Trump will clue Americans in on how he plans to move forward with his business interests once he assumes the presidency. Ethics watchdogs and good government advocates have called on Trump for a complete divestment of his business. More than a dozen public interest groups and former GOP elected officials signed a letter to Trump imploring him to move his assets into a true blind trust. And more than 500,000 petitions have been delivered to Trump properties, urging the president-elect to fully sell his business to avoid unprecedented conflicts of interest.

As Trevor Potter, president of the Campaign Legal Center, has explained, every president for the past 40 years has placed his personal investments and assets in a blind trust while in the White House, or has sold everything and held cash equivalents.

In order to avoid endless litigation over Trump’s conflicts and endless questioning of whether the he is using presidency to enrich himself and his family, Trump should announce today that he is establishing a real, qualified blind trust. Here’s how simple it can be: 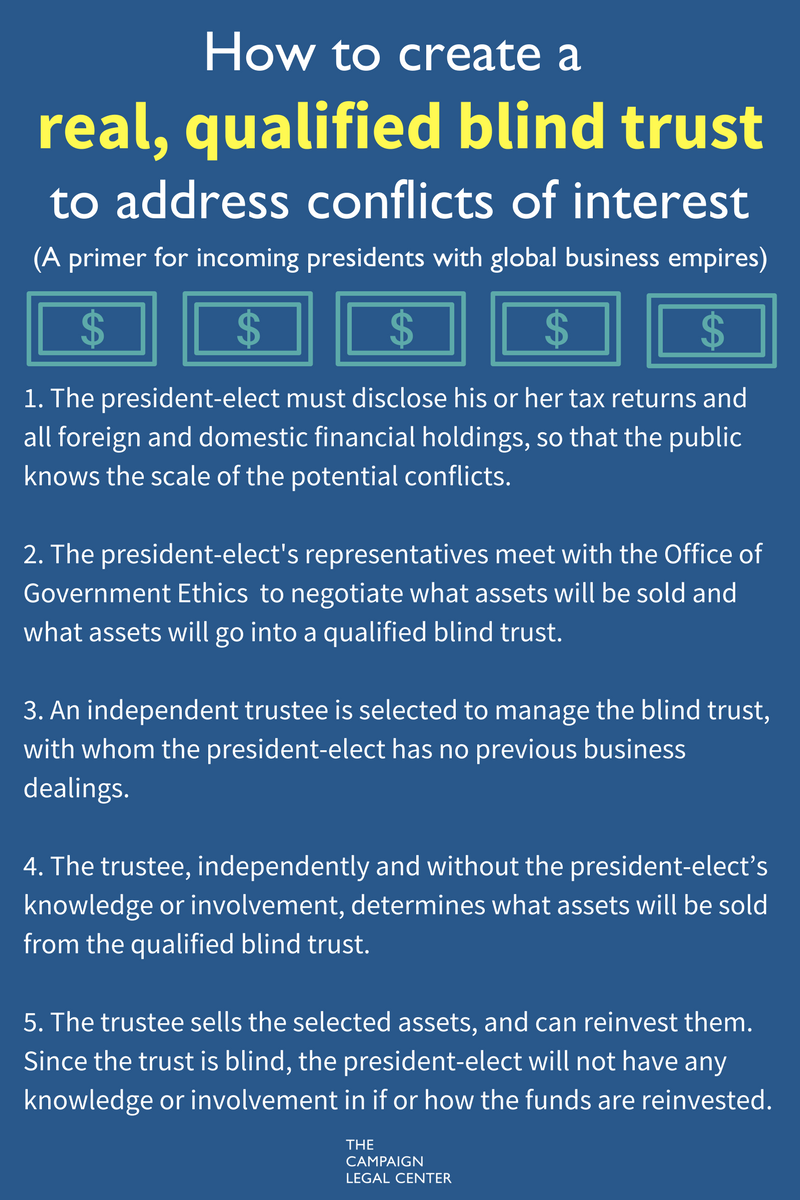