On June 11, the Campaign Legal Center joined Democracy 21 in calling on the Department of Justice (DOJ) to follow its own precedent and investigate apparent campaign finance violations by Jeb Bush and his associated Super PAC, despite the fact that the former Governor is expected to announce his “candidacy” on June 15.  The letter urges the DOJ to investigate whether Bush, and the Right to Rise Super PAC, is engaged in knowing and willful violations of the campaign finance laws, emphasizing that federal law gives DOJ express jurisdiction over “knowing and willful” violations.

The letter reiterated an earlier request to Attorney General Loretta Lynch to exercise her statutory authority to appoint a Special Counsel to conduct the investigation and any prosecutions that the Special Counsel finds warranted.  The groups noted in the letter that in 1996 then-Attorney General Janet Reno established a Campaign Finance Task Force, headed by a lawyer from the San Diego U.S. Attorney’s office, to investigate allegations of illegal fundraising by both the Clinton and Dole campaigns during the 1996 presidential election.

“FEC Commissioners have publicly admitted that they are either unwilling or unable to enforce the laws on the books, so it is up to DOJ to step in and enforce the laws passed by Congress to prevent corruption and the appearance of corruption,” said J. Gerald Hebert, Campaign Legal Center Executive Director.  “The ongoing pattern of apparent ‘knowing and willful’ violations of campaign finance laws by the Bush shadow campaign gives DOJ express jurisdiction under federal law.”

To read the memorandum from the Clinton Justice Department, click here.

To read the earlier letter to the Attorney General, click here.

On June 12, in Wolfson v. Concannon, the Campaign Legal Center joined with other nonprofit groups concerned with the integrity of the courts in filing an amici curiae brief urging the en banc U.S. Court of Appeals for the Ninth Circuit to overturn a three-judge circuit panel ruling striking down Arizona rules for judicial campaigns.

“The panel’s decision cannot be reconciled with Supreme Court precedent, which has been very clear in its support of safeguards designed to protect public faith in the judicial branch,” said Megan P. McAllen, Associate Counsel for The Campaign Legal Center.  “Striking down Arizona’s political activities rules would call into question the constitutionality of similar rules in all jurisdictions, or else only in those states that have judicial elections—but as the Supreme Court has found, states are entitled to enact rules that protect judicial integrity no matter how they choose to select their judges, by election or otherwise.”

In the last six years, the U.S. Supreme Court has twice considered cases about judicial campaign activity and come down in favor of similar restrictions.  In Williams-Yulee v. Florida Bar, the Court earlier this year upheld a Florida rule prohibiting candidates for judicial office from personally soliciting campaign funds.  In 2009, in Caperton v. Massey, the Supreme Court recognized that spending in judicial campaigns could create an untenable appearance of bias, requiring judges to recuse themselves.

The brief filed by the legal and judicial organizations also emphasized that Arizona’s rules must be understood as part of a larger regulatory and policy framework that, as a whole, ensures an independent, fair and impartial judiciary.

On June 5, four Albuquerque voters, plaintiffs in Baca v. Berry, a voting rights case currently before the U.S. Court of Appeals for the Tenth Circuit, filed a motion for sanctions against the city and its attorneys for pursuing a frivolous cross-appeal in bad faith.  This cross-appeal had sought to force the voters to pay the city’s attorneys’ fees.  The voters are represented before the Tenth Circuit by the Campaign Legal Center.

The voters originally brought the case to challenge the City of Albuquerque’s redistricting plan for city council districts.  After the case was brought, Albuquerque voters passed a referendum that altered the way the city council is elected.  In light of this change in the law, the case was dismissed.  The city then sought to recover its attorneys’ fees from the voters and their attorneys.  The district court granted the city’s motion to sanction the voters’ attorneys for prolonging the case, ordering them to pay $48,000, but refused to award fees against the individual voters.  After the attorneys appealed this sanctions order to the Tenth Circuit, where they are represented by the law firm Jenner & Block LLP, the city filed a cross-appeal seeking fees against the individual voters.  But the city presented essentially no legal arguments in support of its cross-appeal and on May 6, 2015, during oral argument, announced that the city was dropping their cross-appeal.  In the sanctions motion filed by CLC, we noted that rather than a good faith effort to recover its attorneys’ fees, the city’s cross-appeal was likely a bad faith attempt to intimidate civil rights plaintiffs and coerce their former attorneys into dropping their appeal.

“The City of Albuquerque and its Mayor acted shamelessly to intimidate and punish minority voters with gratuitous sanctions for attempting to safeguard their voting rights as residents of the city,” said Joshua Bone, the Legal Center attorney who argued before the Tenth Circuit.  “The city’s conduct was so reprehensible that the Albuquerque City Council passed a resolution condemning the city’s pursuit of attorneys’ fees against its own citizens.  We hope the court will see fit to rule in a manner that will dissuade other elected officials from abusing their office by bullying their own constituents and scaring them away from their recourse to the courts.”

Over the past few years, efforts to dilute and suppress minority voting rights have spiked dramatically. Racially discriminatory voting laws have been passed in states and municipalities across the country, particularly in jurisdictions that no longer have to comply with a key provision of the Voting Rights Act as a result of the Supreme Court’s decision two years ago in Shelby County v. Holder.  Jurisdictions have also passed election restrictions, often under the guise of improving already-efficient election procedures and preventing non-existent voter-fraud.  The Campaign Legal Center has filed suit to challenge a number of those laws and is participating in other cases across the country.

On June 10, the Legal Center released an updated summary of voting rights litigation to facilitate the tracking of those cases.  The summary includes a number of the most prominent post-Shelby cases, though more are out there.

Voter photo ID laws and redistricting cases containing racial gerrymanders have produced some of the highest profile cases, but a broad range of tactics also have been applied to drive down voter turnout and eligibility generally.  The number of these new efforts has increased significantly, as has the burden of challenging them in court in the post--Shelby era.

The Legal Center’s voting rights litigation summary attests to the widespread efforts to undermine the voting rights of minority communities, the vital need to challenge these voter suppression laws in the courts, and the need for Congress to update the coverage formula in an amended Voting Rights Act.

The most recent updates of the litigation summaries are always available on the Legal Center website’s Litigation page.

CLC Featured Prominently on Three MSNBC Shows in One Night

On June 3, the Campaign Legal Center was featured prominently on three MSNBC shows: All In with Chris Hayes, The Rachel Maddow Show and The Last Word with Lawrence O’Donnell. All three shows discussed our recent DOJ and FEC complaints against Jeb Bush and his Super PAC. CLC Senior Counsel Paul S. Ryan had a lengthy live discussion with Chris Hayes about the seemingly willful violations of campaign finance laws by former Governor Bush and the purportedly “independent” groups supporting his candidacy.

In addition to coverage of the Bush complaints, The Rachel Maddow Show prominently featured clips from CLC’s documentary on the victims of the Texas Photo Voter ID law that disenfranchised hundreds of thousands of registered voters and which CLC has challenged in the courts. 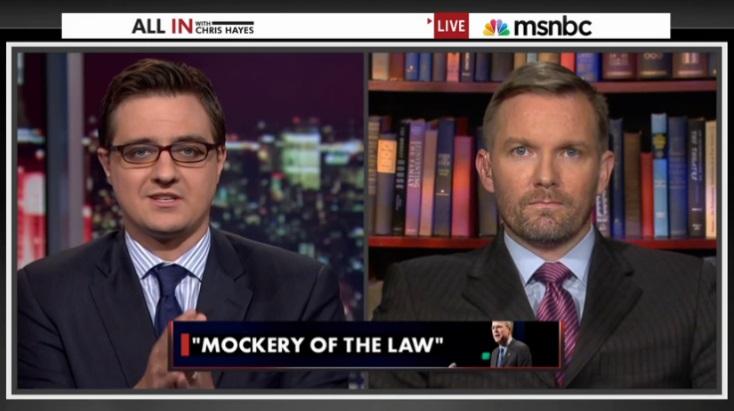 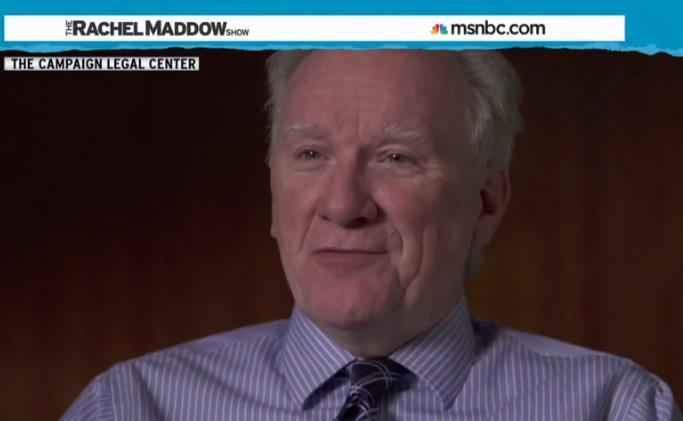 Paul S. Ryan on All in with Chris Hayes & Gerry Hebert on The Rachel Maddow Show

To watch the segments, click here, here, and here.

On June 11, Legal Center President Trevor Potter joined Rep. Derek Kilmer (D-WA) for a telephone town hall with constituents focused on campaign finance reforms and legislation the Congressman plans to introduce to reform the Federal Election Commission.  Participants had the opportunity to ask Potter and Representative Kilmer questions and to voice their concerns about the current state of campaign finance laws and their enforcement or non-enforcement.