CLC Analysis: FEC Rule Kept As Much As $769 Million In Political Spending In The Dark

Recently, in a victory for transparency in elections, a D.C. District Court struck down a Federal Election Commission (FEC) rule that had allowed as much as $769 million in dark money to flow into our elections since the 2010 election cycle, according to a new Campaign Legal Center analysis.

Will the FEC begin to enforce the law—or will it continue to stand by as dark money flows into our elections? 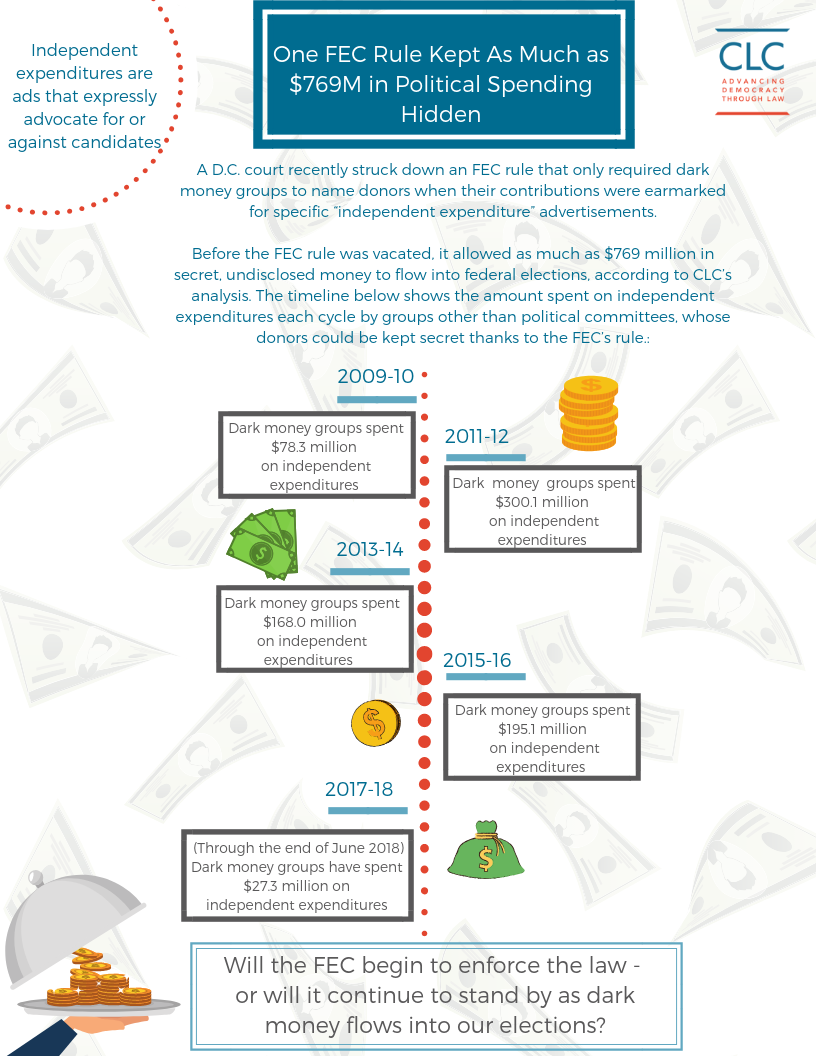 Talk to our Campaign Finance Experts

How Have Candidates Taken Advantage of the Testing the Waters Rules?