Issues
Redistricting
Image
Faulkner with her attorneys Anita Earls and Allison Riggs in the League of Women Voters vs. Rucho case

The author, Faulkner Fox, resident of Durham, North Carolina, is a plaintiff in the partisan gerrymandering case League of Women Voters v. Rucho

I love North Carolina. I live in the middle of the state, and I go pretty often either to the mountains or to the coast – usually Ocracoke Island, where I married my husband 25 years ago, this coming May. 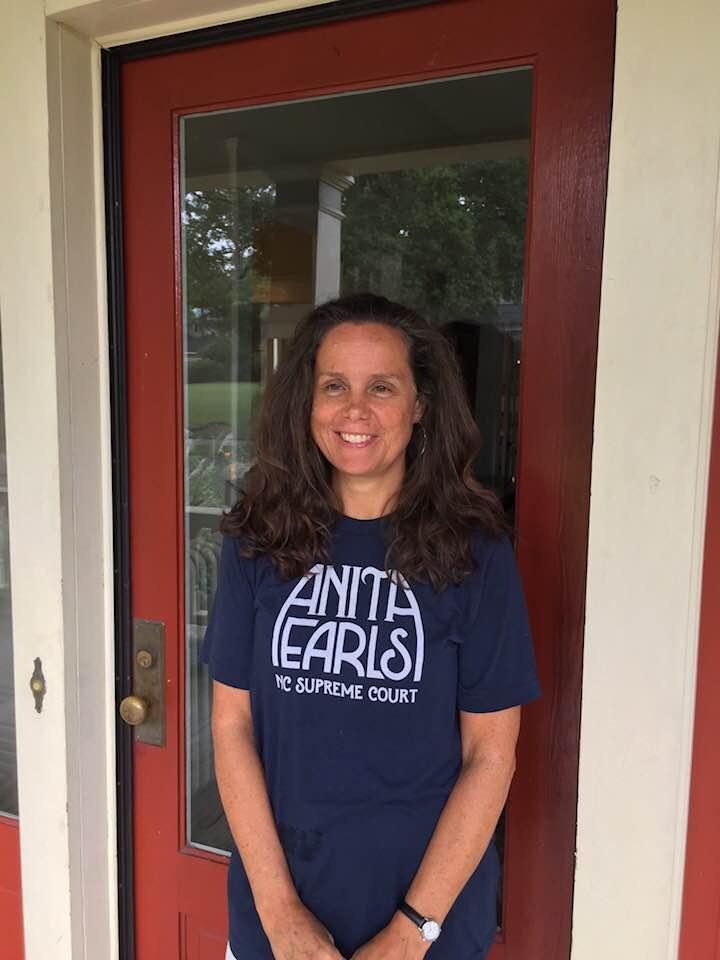 I love that North Carolina is a purple state – a close-to-even mix of Democrats and Republicans, with a good number of Independents, too. I have been a grassroots Democratic activist for 35 years, since I was 19 years old. What I love most is canvassing, engaging face-to-face with all kinds of people – listening to their concerns and talking about what makes democracy strong. Gerrymandering has made my volunteer activist work almost irrelevant at the congressional level. There is not one congressional district in North Carolina – not one – where the outcome isn’t already nearly certain. Ten of the districts have been gerrymandered so a Republican will win, three for Democrats. If you just look at that split: 10-3, you would think North Carolina is an extremely Republican state. But we aren’t! Every statewide race is extremely close. For example, in 2008, Obama won North Carolina by fewer than 14,000 votes. In 2012, he lost North Carolina. In 2016, we elected a Democratic governor and a Republican U.S. senator.

For an activist, this is exactly the kind of state you want to live in. Your work matters – every conversation you have could sway the outcome. But this is not the case for congressional districts in North Carolina, thanks to gerrymandering.

This is incredibly demoralizing to an activist. There is almost no congressional district in North Carolina, however far I drive, that is worth my time. Because of gerrymandering, we usually know which districts a Republican – no matter their positions or how effectively they campaign – will win. Likewise, we know which districts a Democrat will win.

It should be no surprise – and of great concern for our democracy – that voters are turned off by gerrymandering. Lee Jackson, who lives in the 13th congressional district – a district that’s been gerrymandered Republican even though it includes parts of Greensboro, a Democratic-majority city – told The New York Times he’d voted Democratic in the past but didn’t vote this year because he felt the game was rigged. “That’s one of the reasons I didn’t vote, because there’s so much trickery involved,” he said. “it’s like whoever is the most devious is bound to win.”

As a voting rights activist, I spend a lot of time encouraging people to vote, telling them their vote matters. But how can I argue with Mr. Jackson? The game is rigged. This is a terrible truth. But it doesn’t have to be this way.

The Supreme Court will hear our gerrymandering case this month and we hope it will finally declare that voters come first, not self-interested politicians. They have the chance to rein in gerrymandering and send a message to North Carolina – and the rest of the country – that this practice will no longer stand.

This victory would have a national impact because gerrymandering is bad for democracy in so many ways. It makes all members of Congress, whether Republican or Democrat, less accountable to their constituents. I have been “packed” into one of the three districts in North Carolina gerrymandered to favor Democrats. What that means is that my Democratic congressman is not all that accountable to me. Often I agree with his stances, but not always. Because he doesn’t have to compete for his seat, he doesn’t have to listen closely to his constituents. He might choose to listen to us, but he doesn’t have to.

I urge the Supreme Court to take this case and put an end to gerrymandering. Anything less would send a signal to other states that they can copy North Carolina’s cynical playbook and get rewarded for shutting voters out of the political process.