The author, Maurio Moseley of Mobile, Alabama, works at Goodwill and is 43 years old

I may have done something I’m not proud of when I was younger, but that does not mean that I can’t change. That is how I feel. But I found out the hard way that the state of Alabama will hold a mistake over you for the rest of your life. And they will make it harder for you to move on. They can make you feel like an outcast in society.

I’m originally from Mobile and grew up in a single-parent household. I did the best I could in school, but was hanging out with the wrong crowd. I was convicted of a crime and found out in 1993 that I no longer had the right to vote.

For 25 years, I felt like an outcast in society because of the legal system. I couldn’t speak up about issues that matter to me. I felt like all my choices had been taken away.

I’m passionate about changing race relations in Alabama and improving the tense relationship between law enforcement and my community. But without voting, I didn’t feel like I could speak up about this or anything else.

The road to getting my rights restored has been frustrating. I should have been able to vote in the November 2018 midterm election, but a clerical error on the part of the Alabama Administrative Office of Courts prevented me from doing so.

I thought I’d be able to get my voting rights restored when in September 2018, I was approached by Ellen Boettcher of the Alabama Voting Rights Project, which is a partnership between the Campaign Legal Center and Southern Poverty Law Center. She told me that not all convictions deny you of the right to vote but my record showed a conviction that would disqualify me. However, she said that because I’d completed all the terms of my sentence that the state of Alabama had to give me my right to vote back if I asked for it. Ellen helped me fill out the paperwork and gave me hope.

It turned that I had never lost the right to vote. Because of a clerical error, it looked like I had disqualifying conviction when I didn’t. The Board of Pardons and Paroles (BPP) denied my request for a Certificate of Eligibility to Register to Vote because it said I was eligible. But when Ellen helped me register to vote, I received a denial letter from the Mobile registrar citing a criminal conviction of “moral turpitude.” Even though it had been decades since I had gotten in trouble, I was confused and stuck between the conflicting positions of two Alabama agencies. 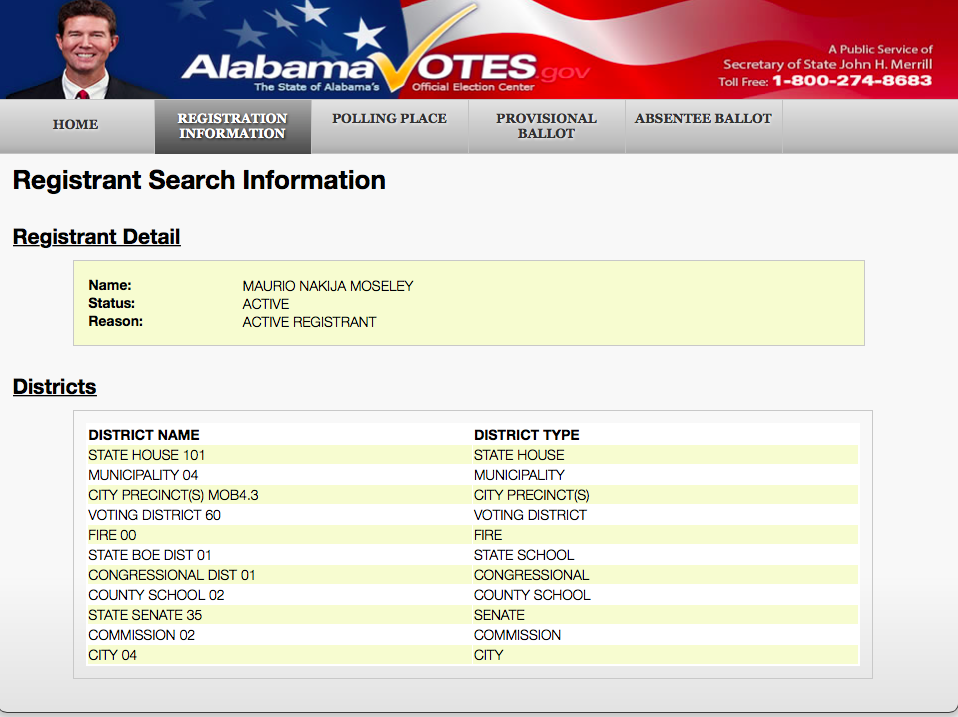 So I had to jump through hoops to get to where I am today, which was disheartening. I mailed another petition to the BPP and sent in a voter registration form. Ellen made sure that this time it worked by talking to the BPP, who had the error corrected and informed the Mobile registrar that I was eligible to vote.

And although the good news came after the 2018 midterm election, now I finally feel like I am part of society again.

A lot of people take for granted that they have choices in life. Having a choice when you go to the ballot box makes a big statement. It says that you are not obligated to support certain elected officials if they aren’t doing a good job. I plan to vote in the next election, and I’m so excited.

Not all felony convictions disqualify you from voting.

Can People Vote in Jail? Yes, But It's Very Challenging