For Nine Years I Believed I Could Not Vote

I am from Memphis, and was a consistent voter until 2010. That’s when I was told that my criminal record prevented me from voting. I remember finding out when I tried to go vote in the last presidential election. The poll workers put my name in the system, and a felony popped up, so they denied me.

Since then I have checked ‘yes’ on any applications that ask if I have a felony conviction, and it has affected my ability to get jobs and apartments over the last nine years.

I deeply wanted to improve my situation to better take care of my 11-year old son. I wanted to have a place for him to come visit and stay over, but certain jobs (better jobs) never give people with felony convictions a chance.

But the fact is – I never had a felony conviction at all.

I was given a diversion and the charge was dismissed. Because they told me I had a felony when I tried to vote, I believed it to be true.

I wish someone would have told me sooner that there was no conviction on my record, because for the past nine years I have been under the impression that I did have one. It is wrong that for so long I have been held back by something that wasn’t even true.

I’ve been working with an organizer from Restore Your Vote to help get my voting rights back and she got to the bottom of what had happened. Last week, I felt relieved when I found out that I actually do not have a felony record, because I was never convicted.

Now, I can vote again! I’m excited, and I already know who I am voting for in the mayoral election next month. 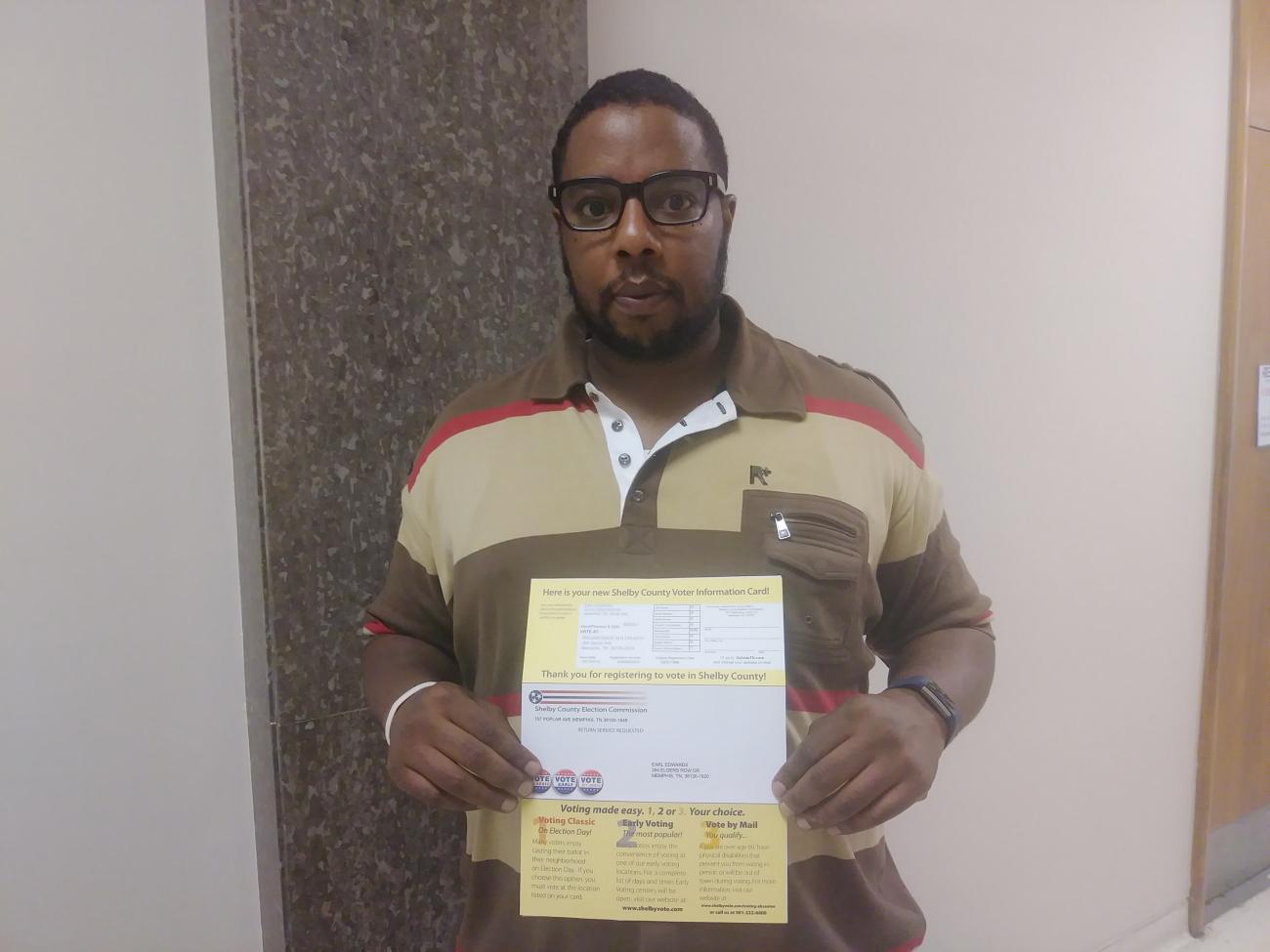 At first, I had no clue about how to get my voting rights back, the process seemed so complicated. Working with Restore Your Vote and finding out I actually never lost my voting rights and getting registered again was easier than I thought.

I would have never known to go to the Criminal Court Clerk’s office first or any of those things. I tried to register on my own a while back and never heard back or received my registration card. I thought they just didn’t send it because of my felony.

I held out hope that I would one day get registered again, but I never knew it would be so easy.

This post was written by Earl Edwards, Tennessee resident and registered voter.