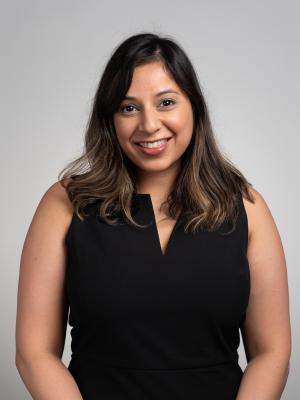 Sandhya, trained as a lawyer and a journalist, has an extensive background in nonprofit communications, advocacy and political and grassroots communications and campaigns. Most recently, Sandhya developed and implemented an integrated press and digital communications vision for Asian Americans Advancing Justice | AAJC, a civil and human rights organization working to raise the visibility of Asian Americans and other minority communities.

Sandhya has led media and communications campaigns for the American Civil Liberties Union and Americans United for Separation of Church and State. She has also worked as a reporter for The National Law Journal, and practiced law for a small civil rights firm in Detroit, Michigan, where she represented clients in police misconduct cases.

Sandhya holds a law degree from The Ohio State University Moritz College of Law and degrees in journalism and history from Syracuse University’s S.I. Newhouse School of Public Communications and the Maxwell School of Citizenship and Public Affairs.