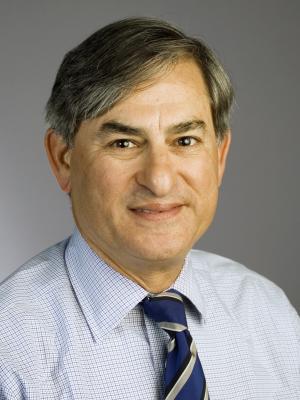 Roger Witten is a senior counsel in the firm's Litigation/Controversy Department, and a member of both the Defense and Investigations and Government and Regulatory Litigation Practice Groups at the WilmerHale law firm. He joined WilmerHale in 1975 and became a partner in 1980. His practice emphasizes complex international and domestic litigation, internal corporate investigations, law enforcement matters and Foreign Corrupt Practices Act matters. In January 2003, Mr. Witten became the senior litigation partner in the firm's New York office. In the area of campaign finance, Mr. Witten has been involved in several of the landmark cases dating back to Buckley. He also led the legal team representing the Congressional sponsors in the litigation over the McCain Feingold law (McConnell v. FEC).

Mr. Witten chaired the Twentieth Century Fund Working Group on Campaign Finance Litigation, which published a report entitled Buckley Stops Here: Loosening the Judicial Stranglehold on Campaign Finance Reform (1998). He served as Chairman of the Election Law Committee of the Section of Administrative Law and Regulatory Practice of the American Bar Association from 1988 to 1990. He formerly served as Counsel to Common Cause and has, for several years, served as counsel for Democracy 21, on whose board he sits.

Mr. Witten served as Assistant Special Prosecutor of the Watergate Special Prosecution Force in 1973 -1974. Over the course of his career, Mr. Witten has received numerous honors and awards for his legal work and has been recognized by several publications as one of the top attorneys in complex commercial and anti-corruption litigation.