Karlan is former commissioner of the California Fair Political Practices Commission and a former Deputy Assistant Attorney General in the Civil Rights Division of the U.S. Department of Justice. 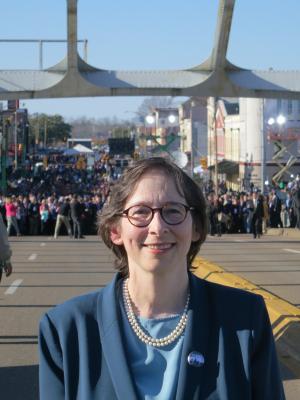 Professor Karlan is one of the nation’s leading experts on voting and the political process and has served as a commissioner on the California Fair Political Practices Commission, an assistant counsel and cooperating attorney for the NAACP Legal Defense Fund and a Deputy Assistant Attorney General in the Civil Rights Division of the U.S. Department of Justice (where she received the Attorney General’s Award for Exceptional Service — the department’s highest award for employee performance — as part of the team responsible for implementing the Supreme Court’s decision in United States v. Windsor). Professor Karlan is the co-author of leading casebooks on constitutional law, constitutional litigation and the law of democracy, as well as numerous scholarly articles.