Minow is the former Dean of Harvard Law School and has taught at Harvard since 1981. She is a constitutional law expert and advocate for minorities and disenfranchised individuals. 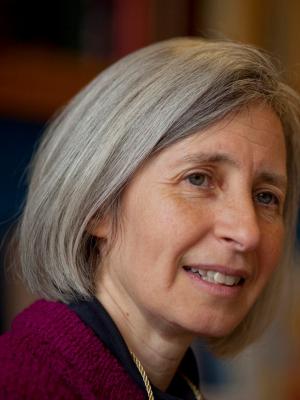 Martha Minow is the former Dean of Harvard Law School and has taught at Harvard Law School since 1981. Her courses include: civil procedure, constitutional law, international criminal justice, family law, jurisprudence, nonprofit organizations, law and education and a public law workshop. She has authored several books and articles and is known as an expert and an advocate for religious and racial minorities, for children, women and those with disabilities. Professor Minow has received numerous honors for her work.

President Obama named her to the Board of Legal Services Corporation in 2010, the bi-partisan organization sponsored by the government that offers civil legal help to low-income people. She continues to serve as Vice Chair of the Pro Bono Task Force. She helped launch Imagine Co-existence, a U.N. High Commissioner for Refugees program to advance peaceful growth in post-conflict areas. She partnered with the Department of Education and the Center for Applied Special Technology for five years to increase curriculum-access for students with disabilities. She serves on the board of several foundations including the MacArthur Foundation, the Russell Sage Foundation, and the SCE Foundation.

Professor Minow completed her undergraduate degree at the University of Michigan and then received a master's degree in education from Harvard and a law degree from Yale. She clerked for Judge David Bazelon on the U.S. Court of Appeals for the D.C. Circuit Court and then for Justice Thurgood Marshall on the Supreme Court of the United States.