Edward and Ellen Schwarzman Professor of Law at Duke Law School and Co-Director of Duke Center on Law, Race and Politics

Charles is a past member of the National Research Commission on Elections and Voting and the Century Foundation Working Group on Election Reform. 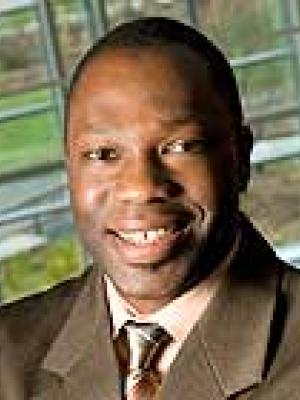 Guy-Uriel Charles is the co-director of the Duke Law Center on Law, Race and Politics. He is an expert in and frequent public commentator on constitutional law, election law, campaign finance, redistricting, politics and race. He joined Duke Law's faculty in 2009.  He previously was the Russell M. and Elizabeth M. Bennett Professor of Law at the University of Minnesota Law School.

Professor Charles joined the University of Minnesota Law School faculty in 2000 and later served as interim co-dean there. He was named the Stanley V. Kinyon Teacher of the Year for 2002 to 2003. He has been a visiting professor at Harvard, Georgetown, Virginia and Columbia law schools. A past member of the National Research Commission on Elections and Voting and the Century Foundation Working Group on Election Reform, Professor Charles has served as the director of the Institute for Law & Politics, a Senior Fellow in Law and Politics at the Institute on Race and Poverty and a Law School Faculty Affiliate at the Center for the Study of Political Psychology, University of Minnesota.

The Atlantic
When America Truly Became a Democracy