Hellman has written articles on campaign finance law, bribery and corruption. Her article “A Theory of Bribery” won the 2019 Fred Berger Memorial Prize from the American Philosophical Association. 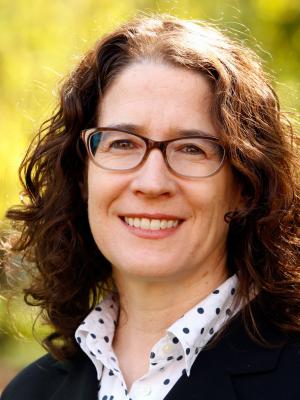 There are two main strands to Hellman’s work. The first focus on equal protection law and its philosophical justification. She is the author of When is Discrimination Wrong? (Harvard University Press, 2008) and co-editor of The Philosophical Foundations of Discrimination Law (Oxford University Press, 2013) and several articles related to equal protection. The second strand focuses on the relationship between money and legal rights. This includes articles on campaign finance law, bribery and corruption, each of which explore and challenge the normative foundations of current doctrine.

In addition, she writes about the obligations of professional roles, especially in the context of clinical medical research. Professor Hellman teaches constitutional law, legal theory and contracts, as well as advanced classes and seminars on questions related to these fields.

Professor Hellman was a fellow at the Woodrow Wilson International Center for Scholars (2005-06) and the Eugene P. Beard Faculty Fellow in Ethics at the Edmond J. Safra Center for Ethics at Harvard University (2004-05). She was awarded a National Endowment for the Humanities Fellowship for University Teachers in 1999 and was a visiting professor at the University of Pennsylvania Law School in 2007-08 and at the University of Virginia in the fall of 2011.