U.S. Supreme Court will hear about the harm gerrymandering has caused when it hears arguments in the cases out of North Carolina and Maryland on March 26

In a new film release, Campaign Legal Center (CLC) goes to North Carolina, ground zero in today’s fight over gerrymandering, to tell the stories of people impacted by the extreme partisan bias of the state’s electoral maps.

Paul Smith, vice president of CLC, is featured in the video. Smith is a leading election law litigator that has argued before the U.S. Supreme Court 21 times, including the October 2017 Wisconsin gerrymandering case in which CLC represented the voters challenging the maps. In the film, Smith emphasizes the importance of fixing gerrymandering so that all voices are heard. Smith focuses on two solutions to gerrymandering. First, the U.S. Supreme Court can set legal limits on gerrymandering, which can be applied by courts across the country to police the undemocratic practice. The second is to take the power of drawing electoral lines out of the hands of politicians altogether through nonpartisan commissions, who would draw the lines free from any political agenda. This has already been done by several states.

The film follows Maria Palmer, resident of Chapel Hill, North Carolina, who describes how demoralizing gerrymandering has been to voters she has spoken with in her grassroots organizing over the past decade, as well as Janet Hoy, co-president of the League of Women Voters, one of the plaintiff groups in the North Carolina partisan gerrymandering case that the U.S. Supreme Court will hear later this month. The film moves to small town mayor Willis Williams, of Jamesville, who frames the fight against gerrymandering as a social justice issue.

Distorted Democracy: The Fight Against Gerrymandering. Watch and Share:

This picture (below) is of the line between North Carolina’s 13th and 6th district, which cuts the campus of North Carolina A&T, a Greensboro, North Carolina-based Historically Black College and University (HBCU), right in half. This demonstrates how gerrymandering intentionally dilutes the voting power of like-minded communities in the minority party. In this case, the gerrymander successfully ‘cracked’ the school, so that residents would be living in two safe seats for the majority party, decreasing their voting power. 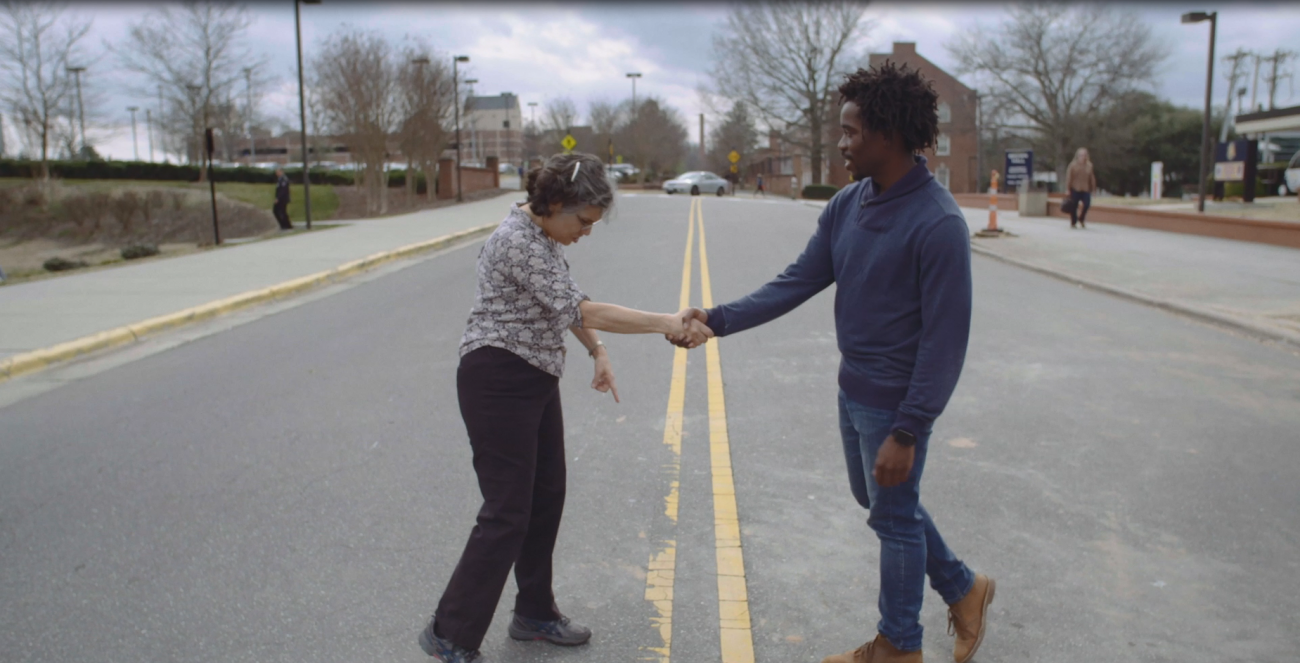