The staff-proposed congressional redistricting plan would splinter Latino voters across three safe Republican congressional districts, increasing the likelihood that their preferred candidate would be defeated, according to an analysis by CLC’s predictive map measuring tool, PlanScore.org. The district with the largest Latino population in the staff-proposed plan also has the strongest white bloc of voting in opposition to the Latino-preferred candidate of any area of the state. The Latino-preferred candidate is predicted to have less than a 1% chance of winning that district. Similarly, the proposed maps for the state legislature would also make it harder for Latino voters to elect the candidates of their choice if they are adopted. These maps violate the state Constitution’s prohibition on districts that dilute Latino voters’ electoral influence.

“Redistricting is a major issue for our Latino community and all communities of color because the 2020 census has shown that our numbers have increased significantly during the last decade,” said Sonny Subia, Colorado State Director at LULAC. “It is vital that our communities be in a position where we are fairly represented in shaping our future from politics to voting rights, economic equality, health care, education and climate change. LULAC will make sure that our voice is heard.”

“The Latino community in Colorado has been growing quickly, and the new maps this year need to reflect that,” said Mark Gaber, director, redistricting at CLC. “The Colorado Constitution provides strong protections for minority voters in redistricting—stronger than under the federal Voting Rights Act. Communities require equity in government representation so that their voices are heard and needs are met. We call on the Commission to address the lack of representation for the state’s large Latino population.”

In 2018, Colorado lawmakers gave up the power to redraw district lines, voting unanimously to put measures on the ballot that would hand over the process to independent, politically balanced commissions. Voters agreed overwhelmingly. The commissions they set up each have four Democrats, four Republicans and four Unaffiliated voters.

In the comments submitted by CLC on LULAC’s behalf today, a new congressional plan is proposed. That map (below) would protect Latino voting rights by including a new District 8 in which Latino voters would have an ability to influence electoral outcomes. 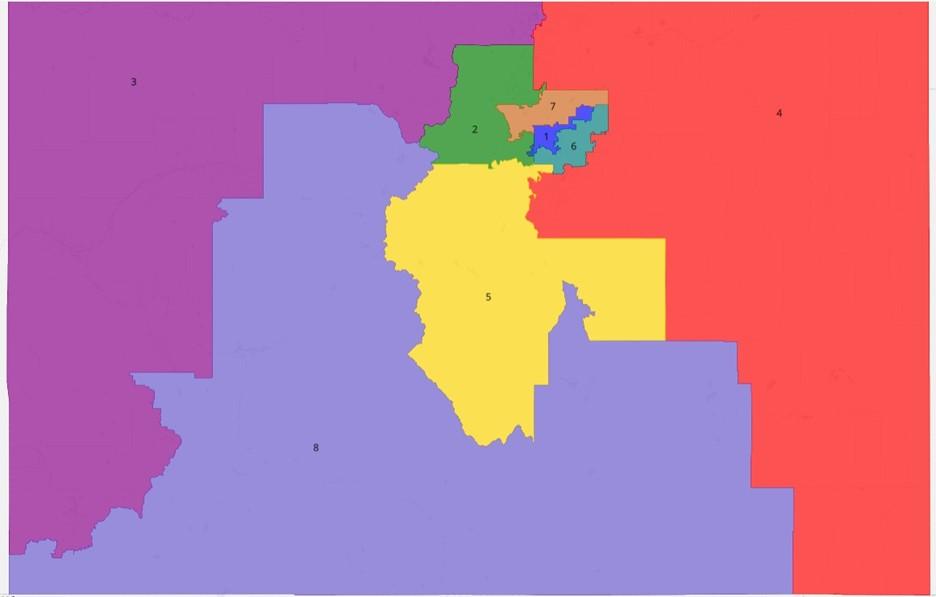