“A Republic—If You Can Keep It!” An Agenda for Our Democracy

On July 4th, 2016, CLC President Trevor Potter delivered this speech at The Chautauqua Institution, a non-profit organization. It is a historic lakeside community dedicated to the exploration of the best in human values and the enrichment of life. 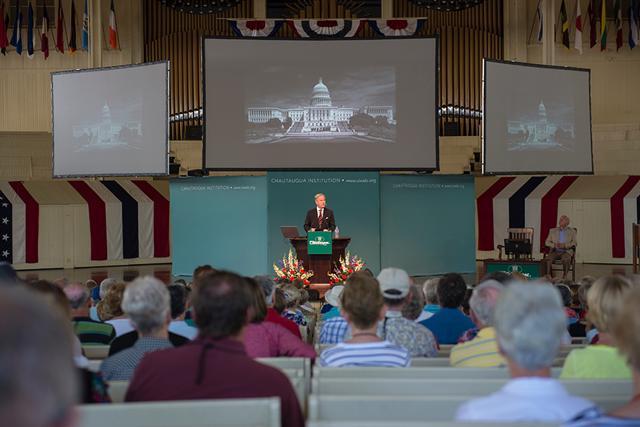 Thank you, Tom, for that very kind introduction. It is truly wonderful to be at Chautauqua this week, and I am particularly honored to be asked to speak on the Fourth of July. The root and the fruit of July 4th, 1776 was independence—independence of mind and thought, independence from a political system built on wealth and privilege, independence to create a government where representatives would be responsive to the people, rather than to the aristocrats and monopoly interests which dominated the British Parliament.

Today, we are gathered in the heart of a beautiful and historic place that has its own role in American history, to reflect on the sacrifices made by those who lit the torch of liberty 240 years ago in Philadelphia. And today, we should ask what needs to be done to maintain those founding American ideals. The theme of this week at Chautauqua is Money and Power. What better way to launch the week than to talk about how we have attempted to navigate the relationship between these two words in our system of self-government? ...

Listen to the audio