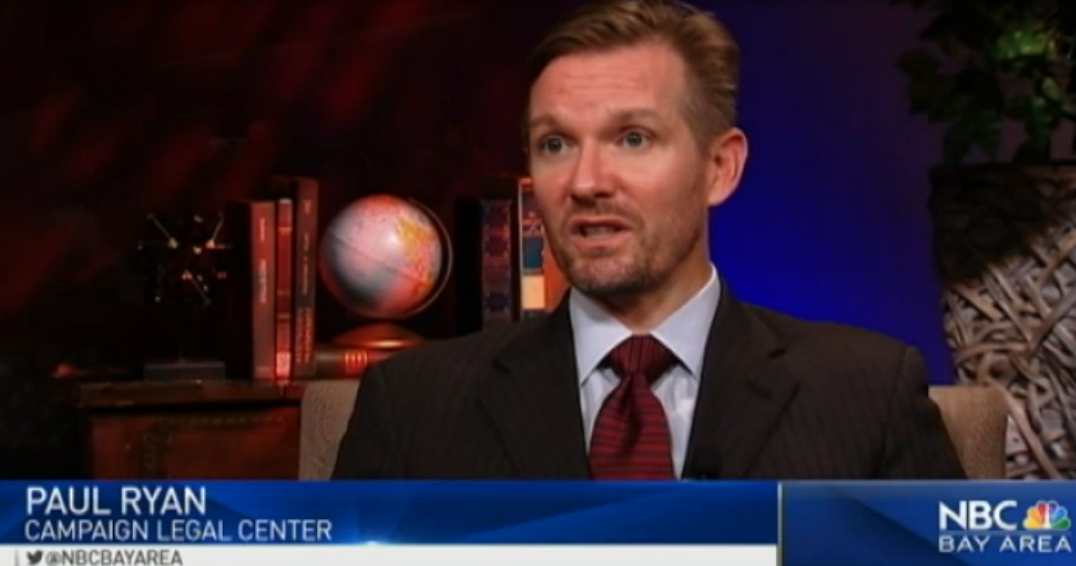 A four month long investigation by NBC Bay Area found that the Federal Elections Commission often little to nothing to create, regulate or enforce elections laws. NBC Bay Area Senior Investigative Reporter Stephen Stock reports in a story that first aired on Sept. 19, 2016. (Published Monday, Sept. 19, 2016)   They are charged with protecting our nation’s democracy, but a joint investigation between NBC Bay Area and WRC (NBC4) in Washington uncovered extensive evidence the Federal Election Commission (FEC) often does nothing to enforce elections laws. Ranking members of the (FEC) tell NBC that political gridlock prevents the agency from enforcing those laws that regulate campaign spending and keep elections honest and fair.

NBC Bay Area along with WRC reviewed 1,893 FEC complaint cases dating back to 2000. The team’s analysis found that complaint cases stalled for an average 440 days before the commission decide whether or not to take action.

WHAT IS THE ROLE OF THE FEC?

Founded in wake of the Watergate scandal that eventually showed mis-use of campaign funds by the Committee to Re-Elect the President (CREEP) for Richard Nixon’s second term, Congress established the FEC to prevent future campaign violations.

The current commission is comprised of three republicans, two democrats and one independent commissioner who voted in unison with the Democratic commissioners 92 percent of the time, according to an NBC analysis.

The agency is mandated to oversee both candidates and committees that try to influence elections, but Bay Area native and current FEC commissioner Ann Ravel believes that the agency has become partisan and toothless in recent years.

“We're not accomplishing what congress intended us to accomplish,” Ravel told NBC Bay Area. Ravel has served as both chair and vice chair at the FEC.

The NBC team’s analysis of commission votes during the current presidential election cycle found that Republican commissioners voted as a bloc 98 percent of the time, while Democrats and the Independent on the commission voted together as a bloc 87 percent of the time. The partisan split often left cases gridlocked without any enforcement action. In many other instances, the cases were resolved years later, long after the election and the committees involved ceased to have reason to exist.

US election laws prohibit foreign money from funding political campaigns. Yet the FEC did not take any enforcement action at all, forcing California’s Fair Political Practices Commission (FPPC) to intervene, issuing a $61,500 fine.

“The ballot measure process in California is the people’s voice. Keeping that strong and acting on foreign nationals making contributions to influence California elections was very important to us,” Galena West with the FPPC told NBC Bay Area.

Ravel says the issue surrounding Measure B is one of numerous examples where the agency failed to act. “This issue was really upsetting to me because it's related to a local ballot measure and that's a place where people are really subject to a lot of influence,” said Ravel.

Ravel believes the FEC has done nothing on nearly every single important decision involving election laws since she joined the commission in 2013.

“The FEC is atrocious at enforcing our campaign finance laws,” Ryan said. “Nothing is getting done. Lots of deadlocks.”

The FEC’s own calendar shows deadlocks kept some cases open four years or longer, with one case that remained open nine and a half years.

“The Republican commissioners are just as unwilling to enforce the law against Democrats who break it as they are to enforce it against republicans who break it. So they're not trying to do republicans a favor. They're trying to do all candidates and parties and outside groups big spenders a favor by letting them run roughshod over the law,” Ryan said.

Ravel believes that while reform is necessary, it is unlikely to come from the US Congress.

“I do believe that there are people in power who like [the current system]. There are people who do not want any change at the FEC,” Ravel said. “They understand that if the law is actually enforced at the FEC, it can have implications for how campaigns are run.”

Republican appointee and current FEC Chairman Matthew Petersen disagrees with Ravel’s assertion that the agency has become too partisan to enforce election laws.

“There's no signaling so to speak to say you're free and clear to do whatever you want because we're just not going to enforce,” Petersen said. “The cases where we've had disagreements are based on a disagreement over what the law requires and prohibits.”

But even the Chairman conceded the FEC can do better.

“There have been times when I think all of us agree that we need to do a better job, but I think that we have done a better job this year of getting through those matters,” Petersen told the NBC team.

Republican commissioners defend their votes and maintain that the debate is part of the proper role of the First Amendment. To read their entire statement inresponse to NBC’s investigation click here.

This piece originally ran in NBC Bay Area on September 20, 2016. View it here.

Paul S. Ryan is deputy executive director at the Campaign Legal Center. He has specialized in campaign finance, ethics, and election law for more than a decade and is former Political Reform Project Director at the Center for Governmental Studies (1999-2004) in Los Angeles. Mr. Ryan litigates campaign finance issues before federal and state courts throughout the United States and has published extensively on the subject of election law in journals including the Stanford Law and Policy Review and the Harvard Journal on Legislation.