Orion joined CLC as a Georgetown Justice Fellow in September 2021. 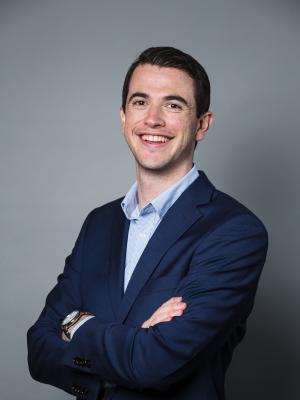 Orion received his J.D., magna cum laude, from Georgetown University Law Center in May 2021. At Georgetown, Orion served as Senior Notes Editor of The Georgetown Law Journal, was a student attorney in the Juvenile Justice Clinic, and conducted research for the Supreme Court Institute and Appellate Courts Immersion Clinic. He was also a Pro Bono Scholar at Akin Gump Strauss Hauer & Feld and worked for the Texas Defender Service, the Civil Rights Division of the Department of Justice, and the Senate Judiciary Committee. Following his fellowship at CLC, Orion will serve as a law clerk to the Honorable Catherine Blake on the U.S. District Court for the District of Maryland.

Orion grew up in Portland, Oregon and received his B.A. from the University of Southern California in 2014. He is a fan of fair maps, long trails, and the San Francisco Giants.