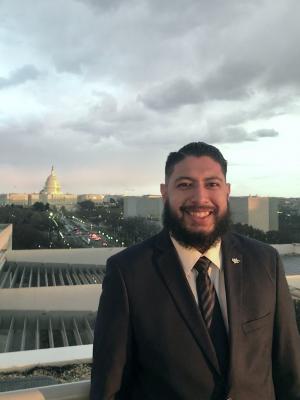 Christian recently graduated with honors from the University of California, Irvine, where he earned a B.A. in Political Science. There, he was selected as an Undergraduate Research Opportunity Program Fellow Scholar and given a $1,300 grant in order to research the University’s response to the rise in the undocumented student population in the wake of the passage of the California Dream Act. Christian also had the opportunity of interning at the League of United Latin American Citizens (LULAC), the oldest and largest Latino-serving organization in the country, working as their Policy and Technology Intern at their national office in Washington DC.\

During his free time, Christian enjoys spending time in the great outdoors, studying Astronomy and going on walks with his dogs Heidi and Cookie.